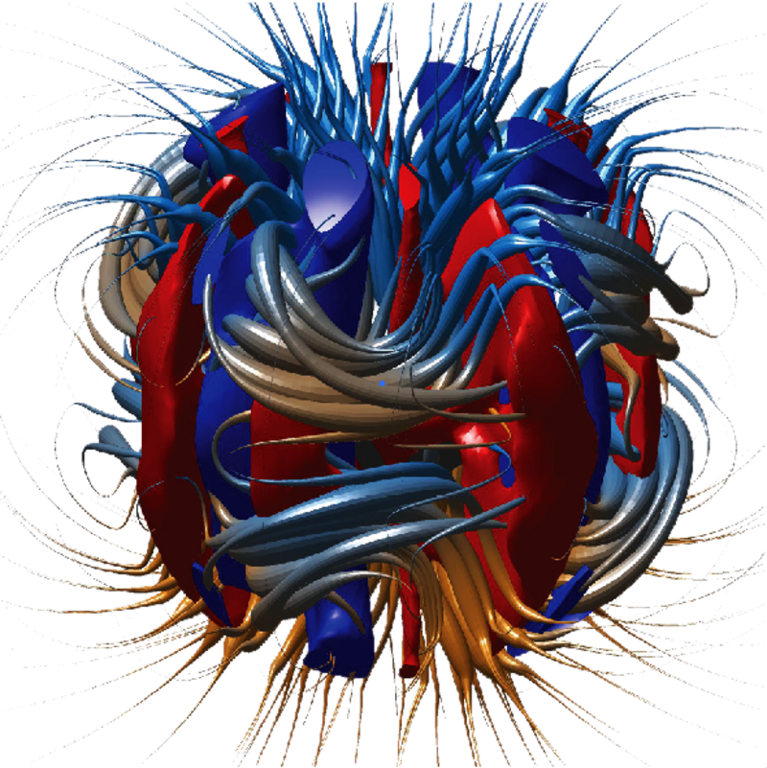 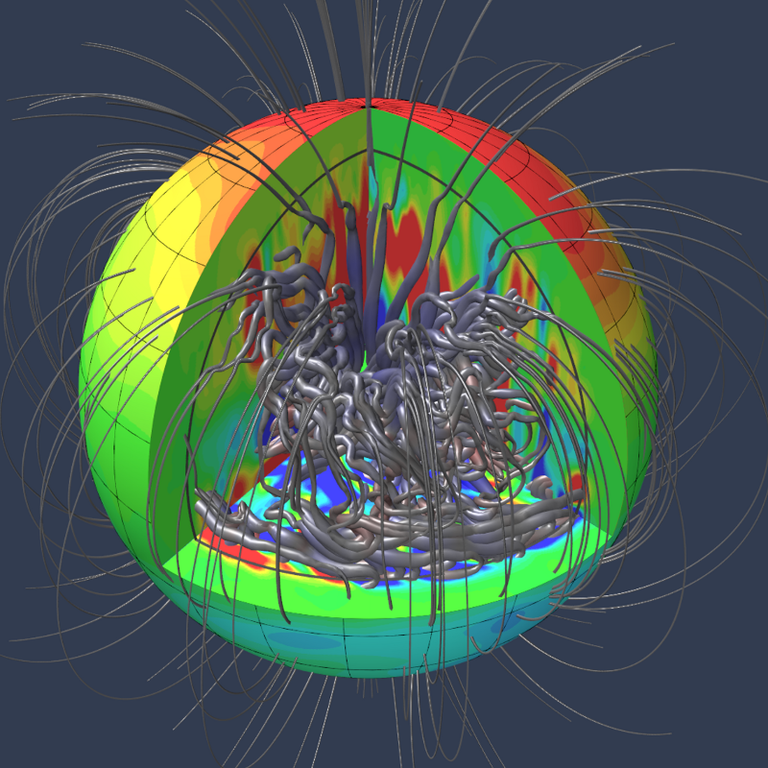 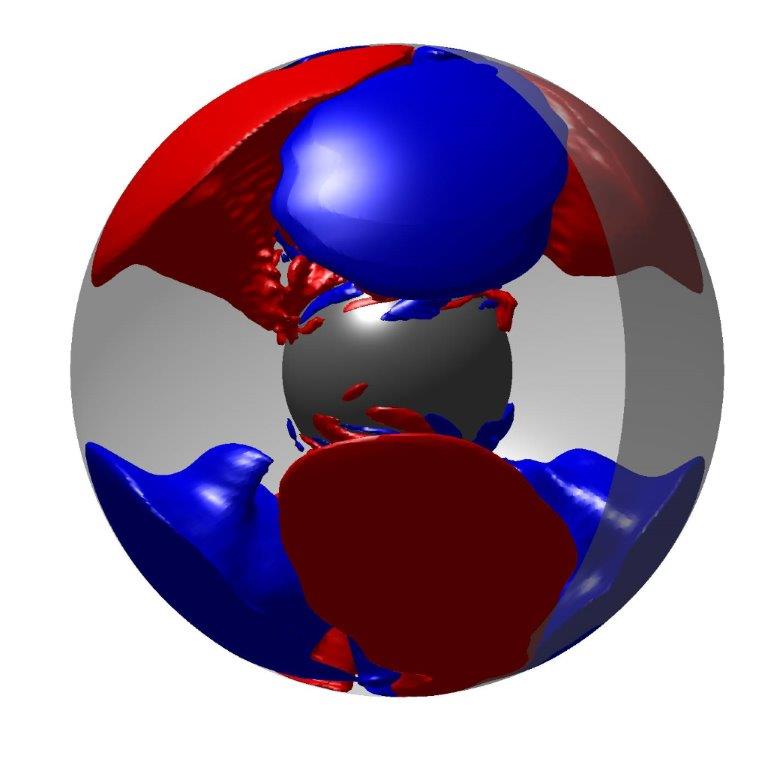 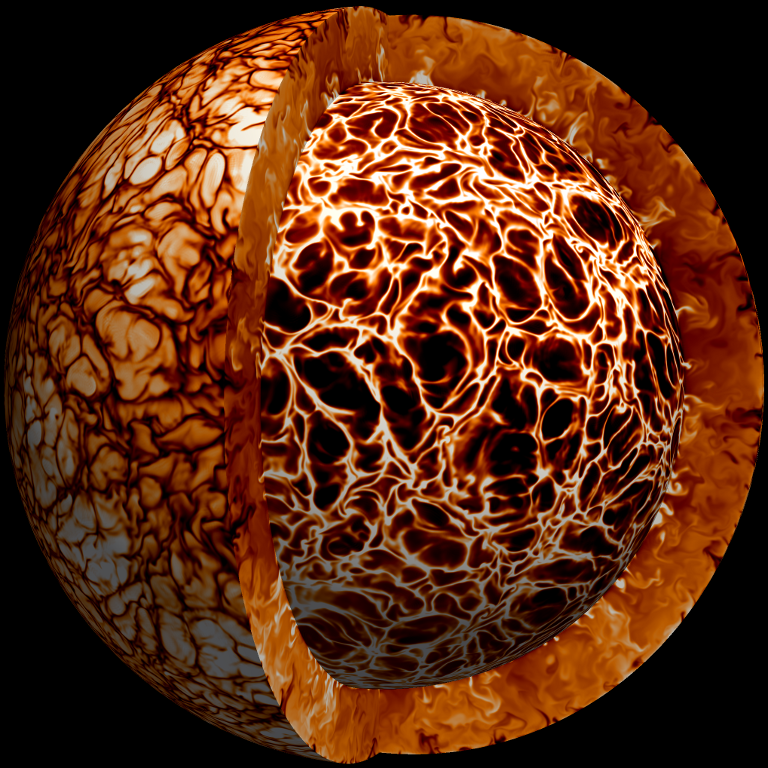 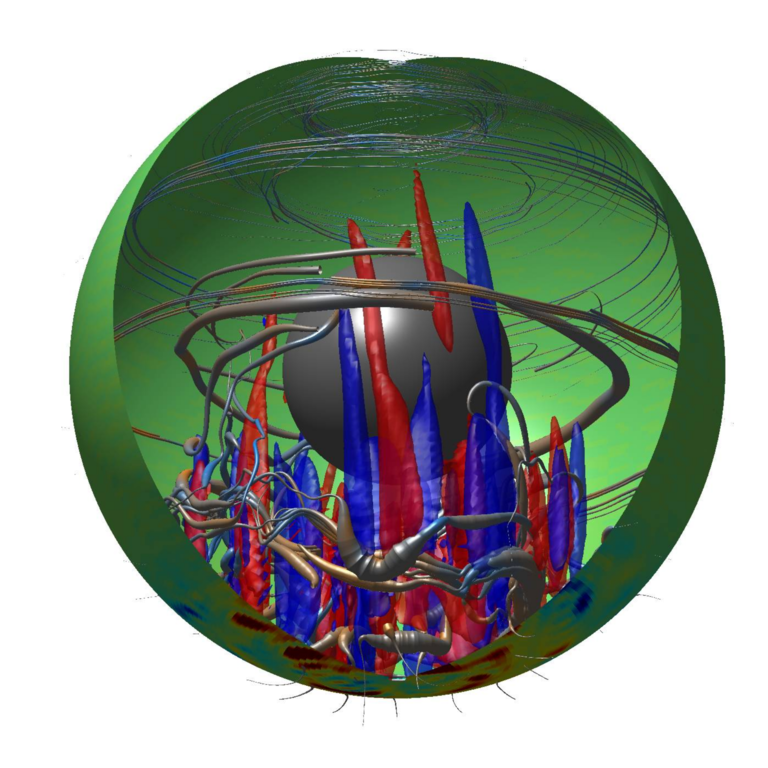 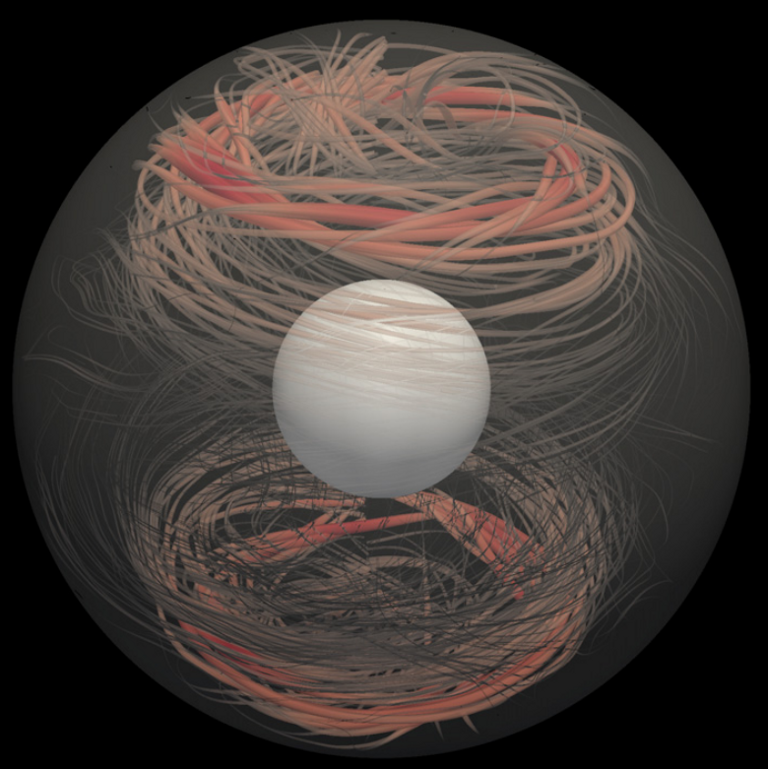 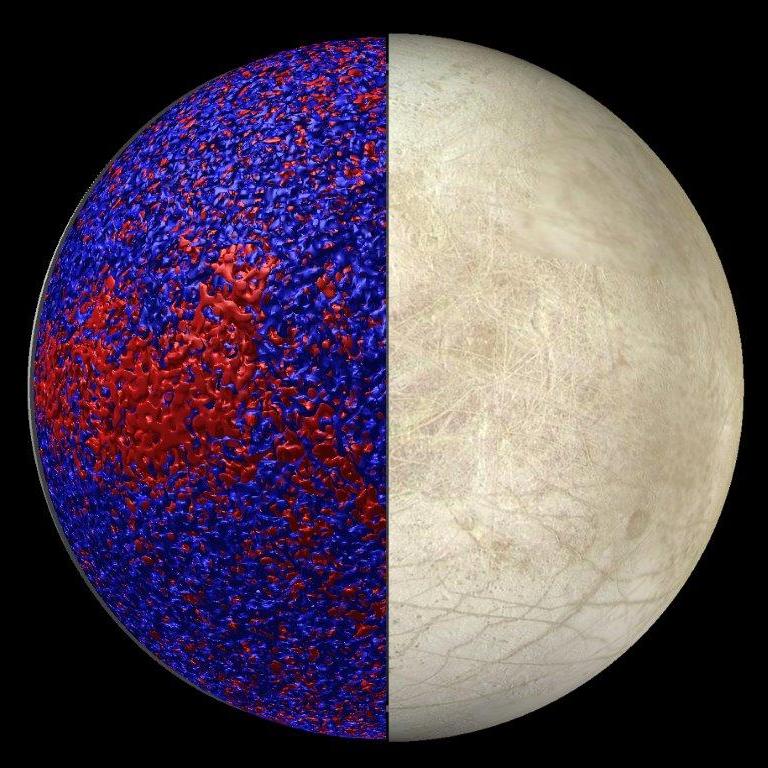 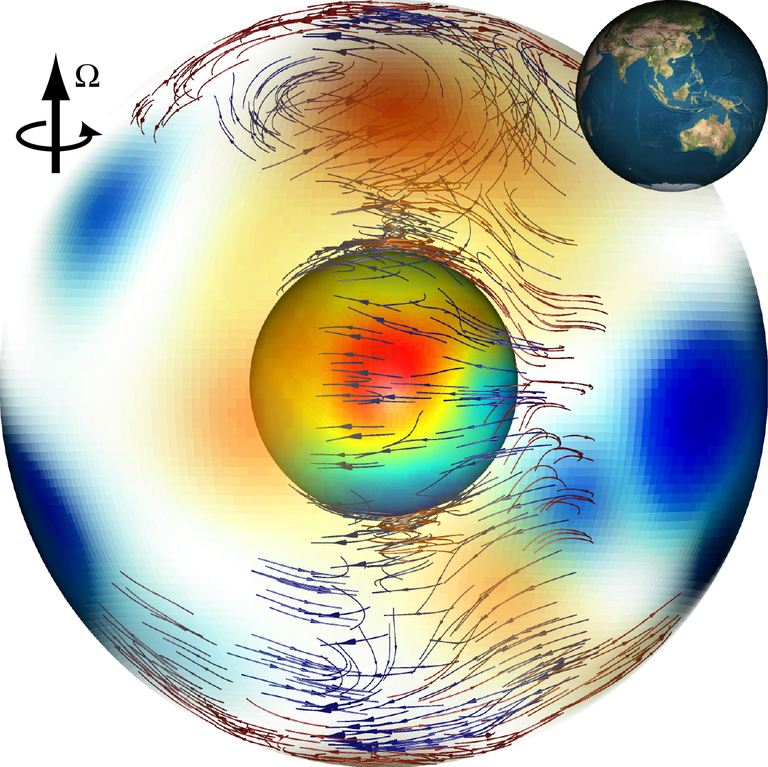 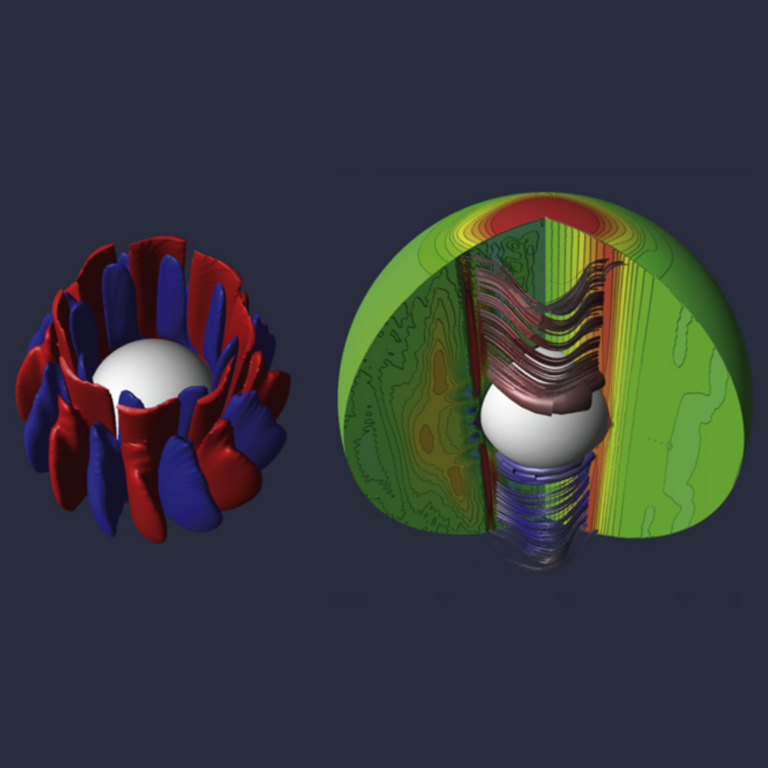 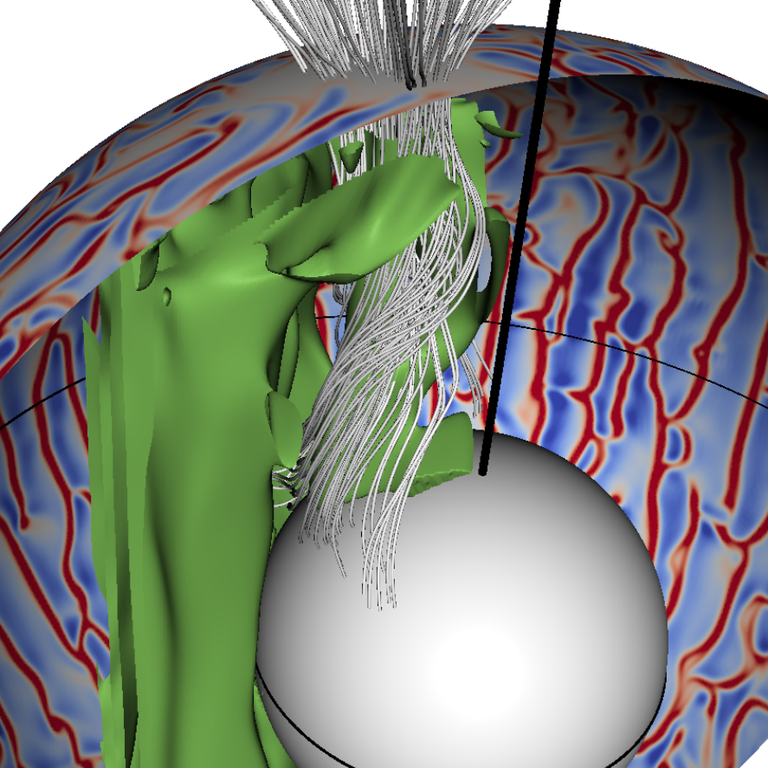 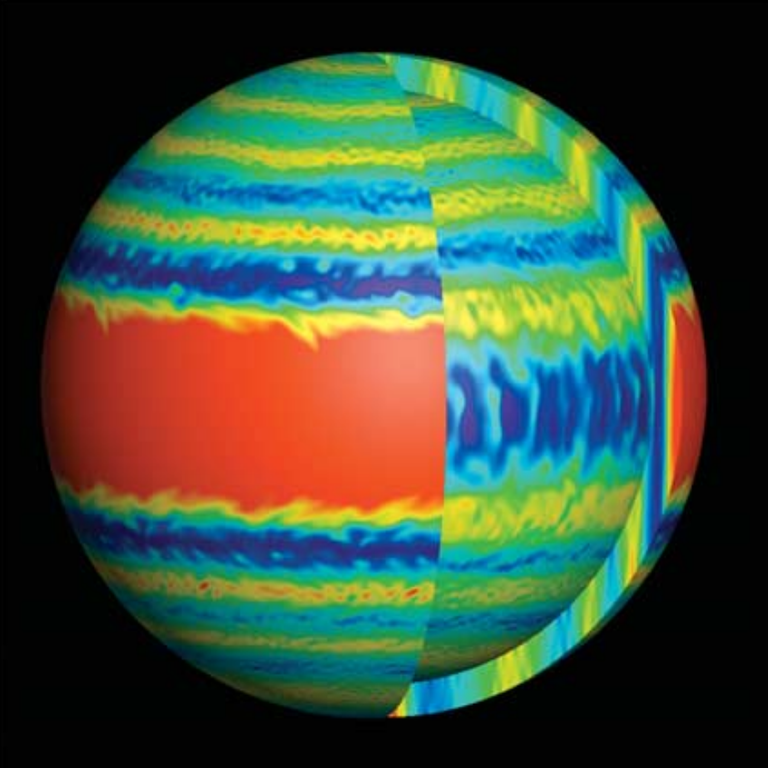 MagIC is a numerical code that can simulate fluid dynamics in a spherical shell. MagIC solves for the Navier-Stokes equation including Coriolis force, optionally coupled with an induction equation for Magneto-Hydro Dynamics (MHD), a temperature (or entropy) equation and an equation for chemical composition under both the anelastic and the Boussinesq approximations.

MagIC uses Chebyshev polynomials or finite difference in the radial direction and spherical harmonic decomposition in the azimuthal and latitudinal directions. MagIC supports several Implicit-Explicit time schemes where the nonlinear terms and the Coriolis force are treated explicitly, while the remaining linear terms are treated implicitly.

MagIC is written in Fortran and designed to be used on supercomputing clusters. It thus relies on a hybrid parallelisation scheme using both OpenMP and MPI. Postprocessing functions written in python (requiring matplotlib and scipy) are also provided to allow a useful data analysis. 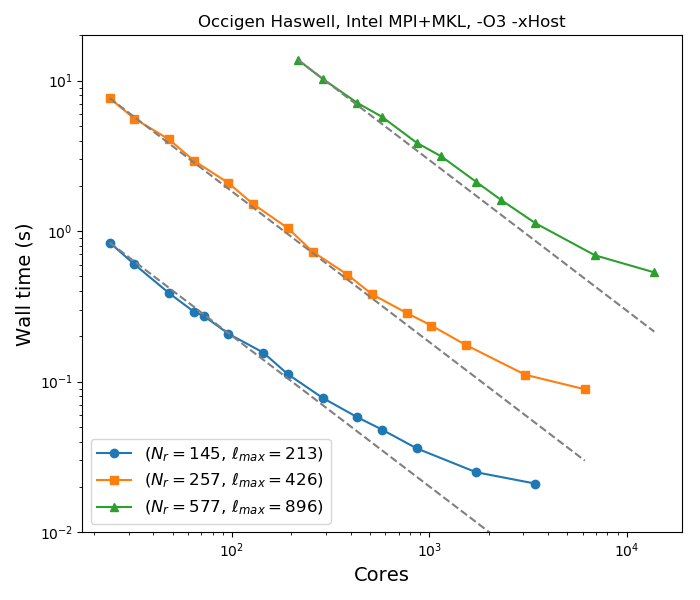 Walltime of MagIC on Occigen versus number of cores for a Boussinesq dynamo model computed at three different numerical resolutions \((N_r,\ell_{\text{max}})\).¶

MagIC is a free software. It can be used, modified and redistributed under the terms of the GNU GPL v3 licence.

You can also download a PDF version of this documentation generated from LaTeX Sphinx.

Contributing to the code¶

If you want to contribute to MagIC, the contributor guide might be helpful for you.

In case you intend to publish scientific results obtained with MagIC or present them in a conference, we (the developers of MagIC) kindly ask to be acknowledged with a reference to the website https://magic-sph.github.io/ or https://github.com/magic-sph/magic.

We also suggest to give appropriate reference to one or several of the following papers: 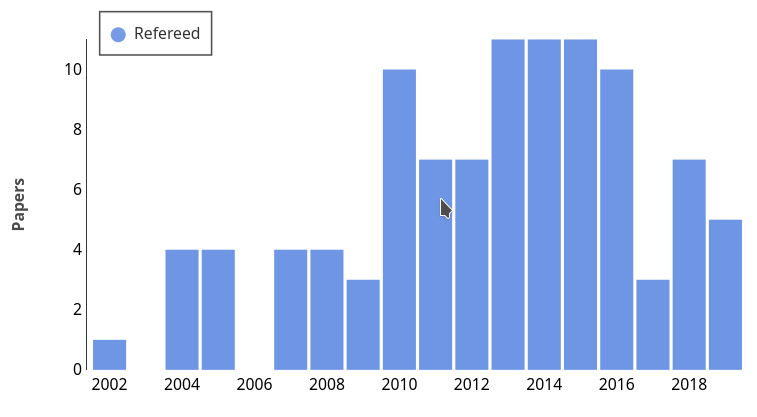